Why Ann Arbor Was Named the #2 College Town in the U.S.

Our very own Ann Arbor was recently ranked #2 on WalletHub’s list of the Best College Towns & Cities in America! Last year, it was at the #1 spot, and has since been replaced by Austin, Texas — but not by much.

We aren’t surprised to see our city this high on such a list, as much of our culture revolves around the University of Michigan. Plus, our town is designed for students, young alumni and young professionals to thrive, both academically and socially. But let’s take a look at a handful of specific factors that contributed to such a favorable ranking for Ann Arbor. 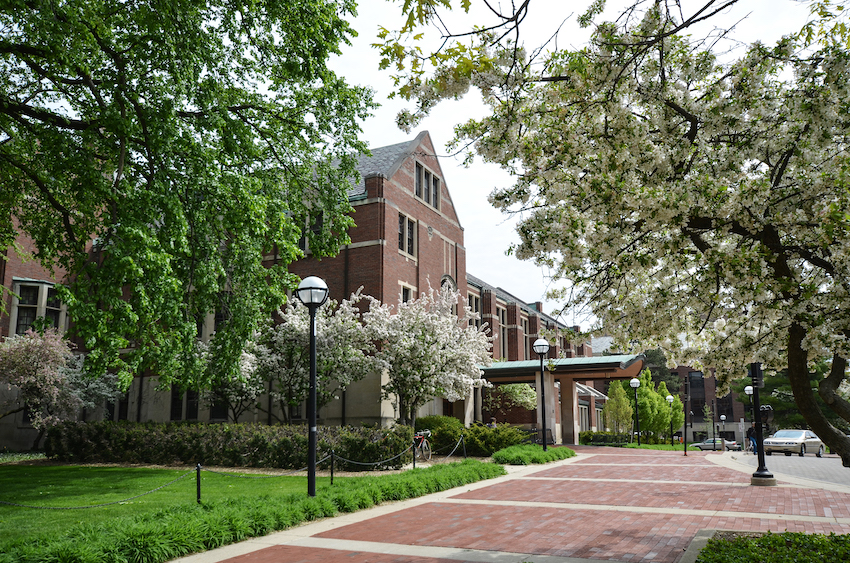 WalletHub examined 415 cities of varying sizes, all of which had a university or college population of at least 7,500 students. The study was based on 30 metrics, including housing costs, higher education quality, rental units and crime rate. And all of these metrics were placed under three overarching categories, including Wallet Friendliness, Social Environment, and Academic + Economic Opportunities.

Each metric had a corresponding weight (such as full or half weight) and was assigned a certain number of points depending on the weight. Each was graded on a 100-point scale, with 100 representing the most favorable conditions for the student population. Then, WalletHub determined each city’s weighted average across all metrics, calculated its overall score, and ranked them in order, with 1 being the best and 415 being the worst.

Ann Arbor fared well in all three categories — especially the latter two. And the city even made its way to the very top of the list at the enviable #1 spot for “small cities,” which is defined as cities with a population of less than 125,000 people (excluding the surrounding metro area).

Why does this ranking even exist? That’s a great question. “Experts have argued that a school’s geographical location is just as important as a strong curriculum and supportive school environment to a student’s academic success and personal development,” WalletHub explained.

The environment surrounding an institution plays an important role in the success of its students, on all levels. Ann Arbor offers such an environment, providing a space where students can begin their professional careers, find a community to get connected to, and actually afford rent or eventually buy a home.

Let’s explore each of the three key dimensions to understand how Ann Arbor received this impressive ranking! 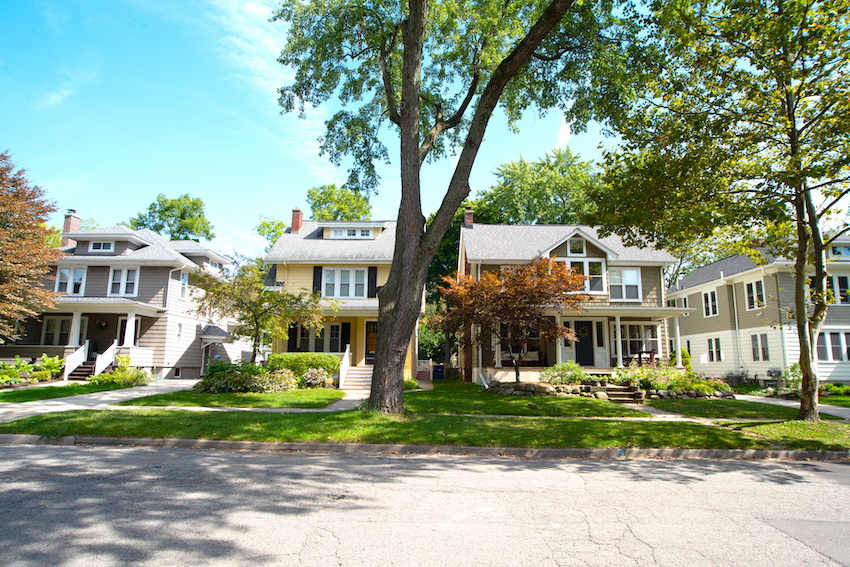 Ann Arbor landed at the #250 spot for “Wallet Friendliness,” which is a little below average on a list of 415 cities. But it’s not the worst either! Factors that contributed to the affordability of each city include housing costs, adjusted cost of living for young people, share of rental units, cost of higher education, student loan debt per person, and many more.

According to PayScale, the cost of living in Ann Arbor is about 5% higher than the national average. Most significantly, the median home price is $407,378 and median rent is $1,276/month. While this is not the most affordable city in the country, it is certainly less expensive than some other prominent university hubs, such as San Francisco, New York City, Cambridge, and basically every major city in California.

As far as the cost of higher education goes, Ann Arbor fares quite well, as the U-M was listed sixth among U.S. public universities and colleges as a good value for students in 2019. 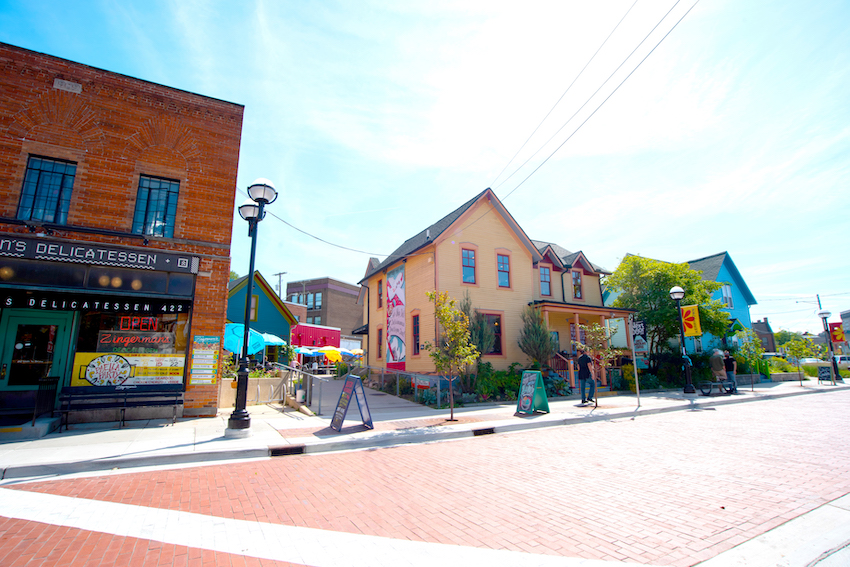 In this category, Ann Arbor truly shined, making its way to the #17 spot for “Social Environment” — and it’s easy to see why! The metrics in this category included: students per capita, share of population aged 18 to 35, cafes per capita, breweries per capita, food trucks per capita, shopping centers per capita, sports clubs per capita, number of attractions, crime rate, and many more. Plus, new this year, there was a metric that held double weight: the percentage of residents who are fully vaccinated.

There is no shortage of things for students and young professionals to do in Ann Arbor. We have an incredible selection of restaurants, bars, music venues, cafes, breweries, shops, art galleries, museums, parks, and other must-haves for any hip city. Not to mention, the university itself is a social hub with sporting events, concert performances, and other happenings, that both students and residents of the city can participate in.

These attractions provide an opportunity for students to excel socially outside of the classroom, and temporarily take their minds off the grind of schoolwork. These factors certainly contribute to the University of Michigan’s impressive first-year retention rate of 97%, which is significantly higher than the national average of 69%. Plus, many students opt to stick around after graduation because they have fallen in love with the city and its lively culture. 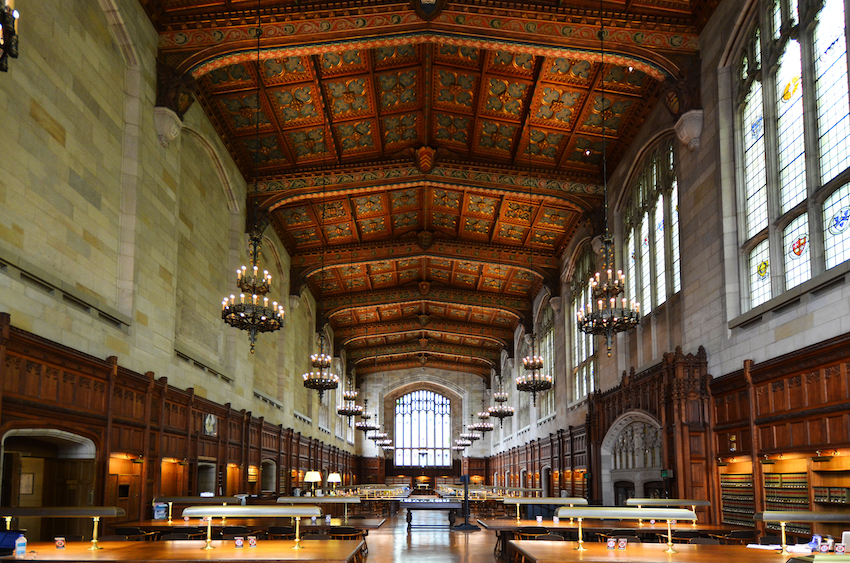 Coming in at #14, Ann Arbor’s most impressive ranking was in the “Academic + Economic Opportunities” category, which is arguably one of the most relevant and important when it comes to choosing a college. After all, this category held more weight (50 points as opposed to 25) when determining the total score for each city.

The most weighted metric was “quality of higher education,” which had a triple weight of ~13.64 points. Other important metrics include the earning potential for college graduates, share of part-time jobs, median income of part-time workers, unemployment rate, entrepreneurial activity, job-growth rate, and “brain drain,” which measures the annual change in the share of the population holding a bachelor’s degree or higher.

Clearly, Ann Arbor scored well in all metrics, thanks to the University of Michigan and its exceptional programs. But don’t take our word for it! The U-M earned the #3 spot on U.S. News & World Report’s list of the Best Public Universities in the U.S. in 2022.

Founded in 1817, the U-M is the oldest university in the state. And since its inception, it has grown to include 19 colleges and degree programs at the undergraduate, graduate and postdoctoral levels in more than 250 disciplines. The university’s population makes up a significant portion of the city’s population, as enrollment is approximately 32,000 undergraduate students and 16,000 graduate students, nearly half of whom are from out of state. In 2021, Michigan’s six-year graduation rate was an impressive 93 percent!

It’s not all about the U-M though — although the university certainly plays a large role in the other factors under academic and economic opportunities. Ann Arbor has a thriving job market, which is important for students who are currently in school or about to graduate.

Within the last year, the job market has increased by 1.3% and the unemployment rate is currently 3.5% (December 2021), which is below the national average of 4.2%. But perhaps most importantly, Ann Arbor’s job market is expected to increase by 38.1% over the next 10 years, compared to the projected U.S. average of 33.5%.

Want to Call This Top-Ranking College Town Your Home?

Our agents are extremely knowledgeable about the Ann Arbor area and can help you navigate the homebuying process every step of the way. Contact us to get connected to one of our agents.

And in the meantime, use our Advanced Search feature to search for homes, no matter your budget, size requirements, and other preferences.