The Ann Arbor area is no stranger to women-owned businesses. Around town, you’ll find hundreds of businesses helmed by women, with many more popping up every year—and we couldn’t be more excited.

That’s why today, we’re taking a moment to celebrate these women and the incredible companies they have created, as well as giving you a few more tasty hotspots to put on your Ann Arbor restaurant bucket list!

We know there are so many more successful female entrepreneurs that aren’t included on our list. Let us know what local women-owned restaurants inspire you in the comments below! 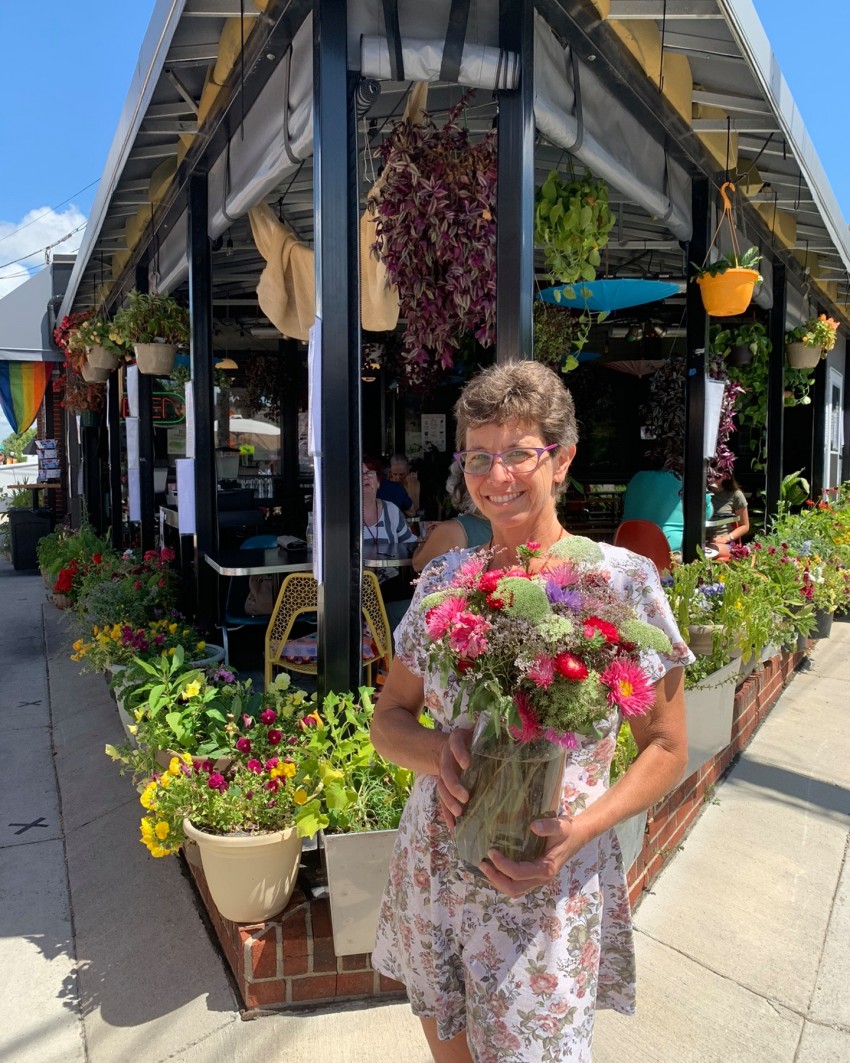 In 2013, friends and next-door neighbors Phillis Engelbert and Joel Panozzo opened The Lunch Room, an iconic destination for vegan food in Ann Arbor. The restaurant had so much success that they opened a second location in February 2015: The Lunch Room Bakery & Café, where they served vegan pastries and other baked goods. Finally, in 2017, they decided to expand once again with Detroit Filling Station, a restaurant in the historic Staebler Family Oil Company filling station. It features an outdoor patio, weekly live music and a seasonally changing menu. In 2019, Panozzo left the business to pursue new ventures and Engelbert went on to solo manage all three businesses until 2020, when the Lunch Room Diner & Canteen Closed its doors. The Detroit Street Filling Station is still open and thriving, offering patio dining and curbside pickup seven days a week. The Lunch Room Bakery & Café is also open, offering outdoor dining and carry-out breakfast and lunch, from 8 a.m.-3 p.m. Monday through Friday.

A vegetarian since 2005 (and vegan since 2017), Amanda Ratke wanted to create a place where Ann Arbor locals could enjoy the benefits of a plant-based diet without sacrificing their busy lifestyles. Ratke, who is also a registered dietitian, creates delicious and nutritious meals at her restaurant: the VedgeCafe. Here you can experiment with meatless meals, enjoy vegan-friendly options and customize any meal for your diet. They even have gluten-free options for those who are gluten-intolerant! Click here to explore their menu and to start planning your perfect vegan meal. 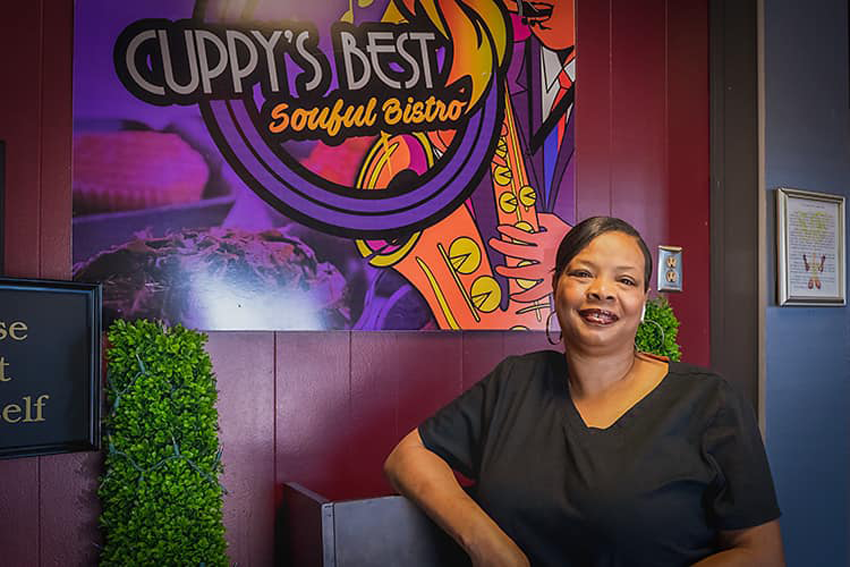 If you’re new to the area, you may not know that some of the best Soulfood in Southeast Michigan can be found next to the Sunoco gas station on Ecorse Road in Ypsilanti. Cuppy’s Best is a small, casual dining spot helmed by Andrea “Cuppy” White, a local entrepreneur who has been serving up delicious food in Ypsi for more than a decade. You can stop in to try their famous dishes like macaroni and cheese, candied yams, baked beans, smoked beef ribs and banana pudding Tuesday through Sunday. They also offer delivery through Grubhub, carryout and drive-thru ordering.

After a short backpacking trip through Europe that turned into a 14-year residency in Germany and Sweden, Lisa McDonald returned the United States with her husband, Ann Arborite Marc Hewko, to start a family. But, after being in the U.S. for a few months, McDonald began to miss the high-quality loose tea available in the European villages she was used to. And after much research and tea sommelier training, she opened TeaHaus, a popular A2 destination for fantastic loose leaf tea. Over the years, the business has expanded to include the ever-popular Tea Room/Cafe as well as a sister business: Eat More Tea. Through the pandemic, she has pivoted to making free lunches for children at home. Click here to learn more about her, TeaHaus and her school lunch project.

In the middle of 2020, the long-awaited project of Chef Allie Lyttle, opened its doors here in Ann Arbor. Lala’s, home to elevated comfort food, was a temporary restaurant offering dishes like pierogies, latkes, fried wontons, grilled cheese, buffalo shrimp tacos, shepherd’s pie and so much more. Then, in March of 2021, Lala’s popped up again with a brunch pop-up at Miss Kim that took the area by storm! Now Lyttle is planning to reopen Lala’s at another physical space on a more permanent basis, offering exciting sneak peeks on her Facebook page. We’re not sure when or where the new Lala’s will open, but we know we’ll be the first in line when it does! 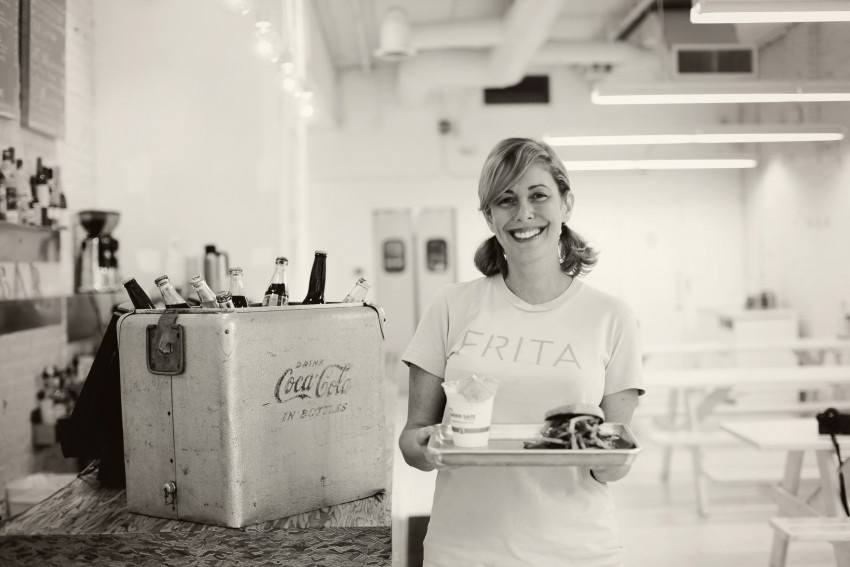 Home to delicious Cuban-style burgers (fritas) and tropical milkshakes (batidos), Frita Batidos is an Ann Arbor favorite all year round. The owner and chef of this popular restaurant is Eve Aronoff, who has worked in the culinary industry for over 25 years—and has even received diplomas in French Cuisine and Wine and Spirits from Le Cordon Bleu in Paris—honing her skills and studying different cultures to develop her own distinct style of cooking. She grew up spending time in Miami with her Grandmother, learning to love the ingredients and culinary traditions of the culture. In creating Frita Batidos, Aronoff followed her dream of honing in on the Cuban and Latin American influences, which have been integral to her style of cooking. Stop by and order a hot frita and cold batido the next time you get a chance. We promise the experience is life-changing!

For over 30 years, Dalat Vietnamese Cuisine has been a staple in Washtenaw County. The popular restaurant, which was founded by Lang Bui in the late 90s, recently made the move to Ann Arbor, bringing delicious Vietnamese cuisine to the area! The new restaurant, which is located in the Woodland Plaza, is now managed by Bui’s son, Son le, and owned by his wife, Tran Nguyen. Their menu includes the classic and delicious dishes we’ve come to love from Dalat like fresh spring rolls, rice plates, noodle bowls, hot soups and other home-cooked Vietnamese meals. Click here to explore their menu and call (734) 487-7600 to place an order! 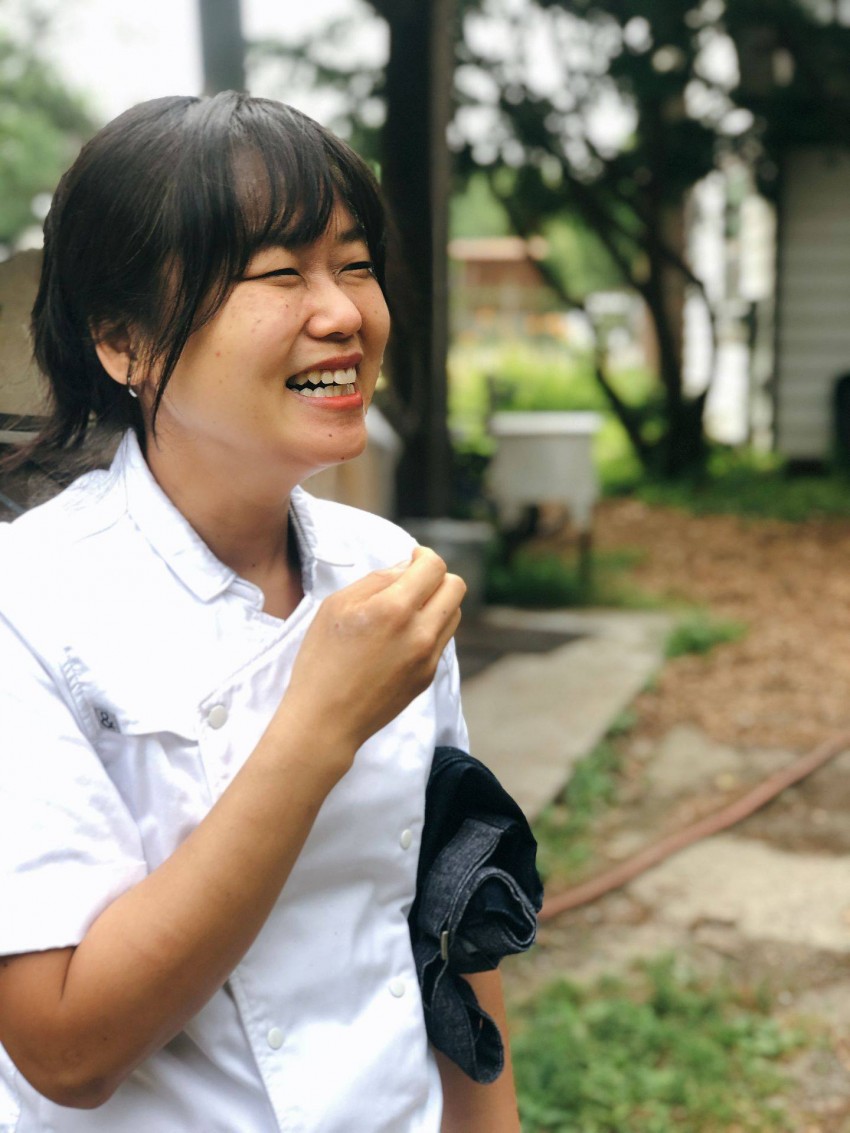 Though part of the Zingerman’s Company of Businesses, Miss Kim’s is actually owned and operated by Chef Ji Hye Kim. Kim grew up in Seoul, South Korea and is obsessed with ancient Korean culinary texts and the finer points of fermentation. That’s why you’ll find plenty of delicious, fermented dishes on the menu! The restaurant opened its doors in 2016 and offers incredible food rooted in Korean tradition while also showcasing Michigan’s bountiful produce. They work directly with local farms to build a menu that shines seasonally. Shareable small plates include fresh oysters and Pork Belly Bossam alongside medium and large entrée selections like fried calamari and whole lamb shank.

Cultivate Coffee and Tap House is about more than just good drinks—they’re all about community, creating a place in Ypsilanti that is safe space for all people. In January of 2015, Ryan and Bekah Wallace took an old auto shop and spent nine months turning it into a beautiful meeting place. In early 2020, Ypsilanti resident Sara Demorest took the reins as the new sole owner but has continued to honor the Wallace family’s legacy and Cultivate’s unique mission. In addition to providing great drinks and tasty treats to the community, Demorest and her staff volunteer much of their time to local organizations; grow food in raised beds on site that is donated to Food Gathers; and donate all of their tips to help support local organizations!

In 2016, Unyeon Choi bought Saigon Bistro from her best friend Kim Sunghee after waitressing there for three years. She decided to continue the old Saigon Bistro menu for longtime customers who love Chinese food but added some more Korean, Japanese and Vietnamese specialties as entrees—all served in large bowls. The name changed to One Bowl and the rest is history! Here, you can enjoy tantalizing and authentic Pan-Asian dishes like noodle soups, pho, ramen, curries and Korean chow every day of the week, from 11 a.m. to 9:30 p.m. 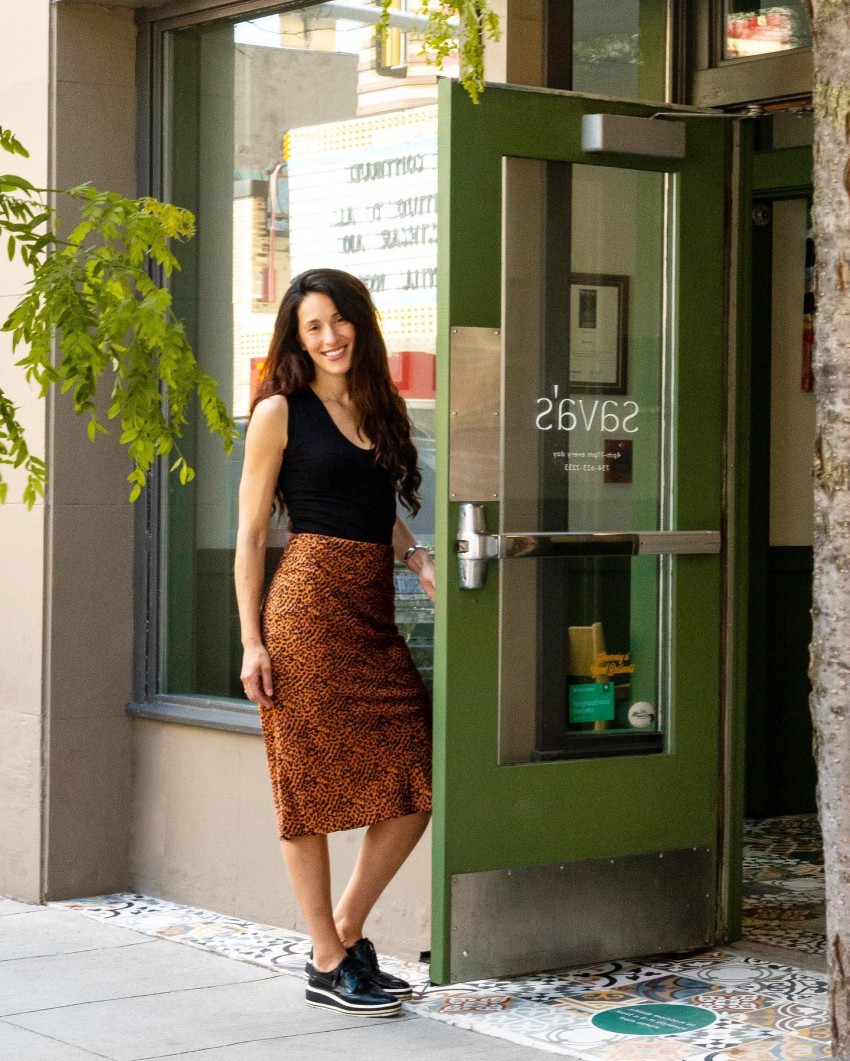 Sava Lelcaj opened Sava’s when she was 23 years old, having started in the industry and working her way up through the ranks when she was just 13. In 2007, with very little money and no formal training, Lelcaj packed up her life in The Bronx and traveled to Ann Arbor in search of a “recession deal”. Located in the old Pita Pit Café building, the first Sava’s was a simple 23-seat café. But what started as a tiny lunch shop slowly matured into the bustling 300-seat restaurant on State Street that we know and love today! Sava’s is now a staple on the Ann Arbor dining scene, becoming a destination for Sunday brunches, celebratory lunches and date night dinners. Lelcaj is also the owner of the hugely successful Aventura and The Dixboro Project!

When Cassandra Knisely took over the University Café on Church Street, she kept the restaurant and menu the same but made one major change: the name. Today, the spot is known as Bopjibc and serves some of the best Korean food in town, including Bebimbop, Japchae, curry dishes, fried rice, Omu, ramen, stir fried dishes and much more. Bopjibc is a huge supporter of The University of Michigan, partnering with many campus organizations to offer food discounts and funding. They are only open during the fall and spring semesters (sorry full-time Ann Arborites!) so make sure to enjoy their tasty food while you can!

These Ladies Are on Fire!

What women-owned businesses in A2 do you love? Tell us about them in the comments below.

21 of the Best Educational Attractions in the Ann Arbor Area