12 Ann Arbor Area Podcasts You Should Be Listening To

While podcasts have been around for a while, over the past few years, they’ve gained more popularity, with news outlets, journalists and small business owners delving into the audio-blogging world. Podcasts make it easier to get your news on the go, and since you can download them straight to your phone, you can listen whenever you have time.

Because of the DIY nature of podcasts, they can actually flourish in places other than media hubs like Los Angeles and New York—and Ann Arbor is no exception! Our amazing city has seen an abundance of local podcasts popping up as of late, which is why we decided to round up some of our favorites. No matter what you’re interested in, there’s a podcast for you on this list. Happy listening! 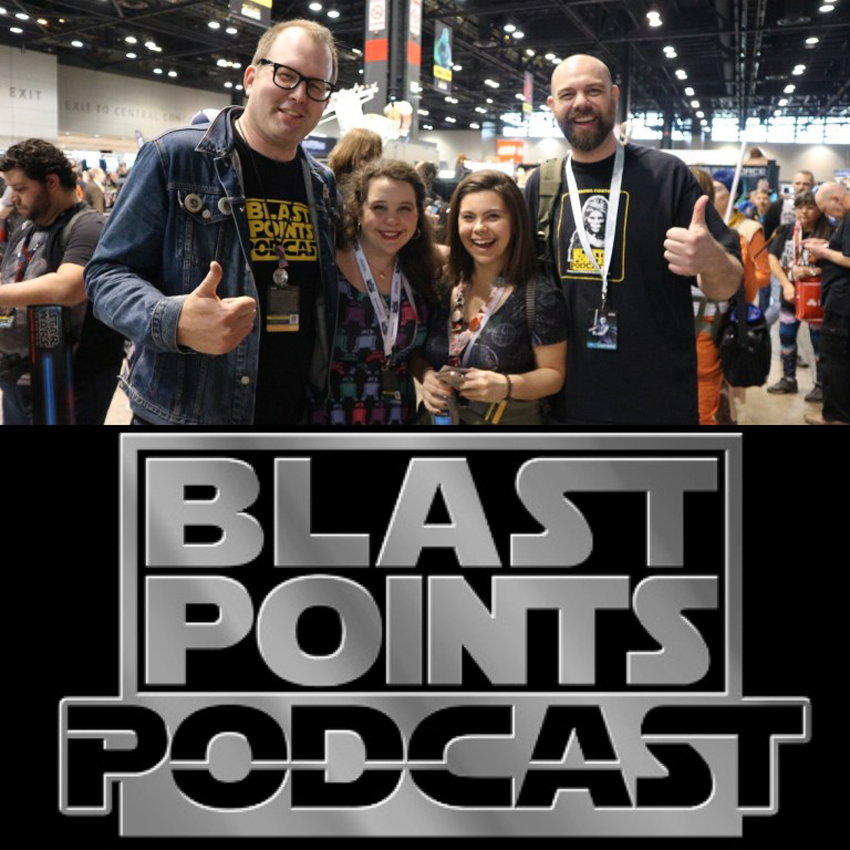 Running strong for four years and over 180 episodes, Blast Points is a podcast made by Star Wars nerds for casual or hardcore Star Wars fans. Hosted by painter and The Bang! co-organizer Jason Gibner and Gabe Bott, this space-loving pod covers the entire Star Wars universe and discusses not just the movies, but also the annual Star Wars Celebration convention, the novels, the soundtracks, and the fanzines, along with deep dives on characters from Aunt Baru to Jabba the Hutt.

Hosted by Michigan Daily staffer Sammy Small, Arts, Interrupted is a podcast focused on both current arts trends and the vibrant art scene of Ann Arbor. Each episode centers around a different art medium, genre or artist—from discussing the fate of Tik Tok to celebrity activism and ASMR. They even have guests on every once in a while like Rej Forester and Karen Ledford of the Louisville scream-pop band GRLwood and Anna Burch, a Detroit-based singer.

MLive’s Michigan Crime Stories podcast looks into “murders, mysteries, and mayhem in the Mitten State.” Hosted by reporters Gus Burns and Darcie Moran, this bi-weekly series jumps across the state and time to bring you stories that are frequently stranger than fiction. Popular episodes include The Witch of Delray, which tells the story of the many mysterious deaths at a boarding house in Detroit during the Depression, while Pigs Gotta Eat covers the 1985 disappearance of two hunters in northern Michigan. Some are a bit more pedestrian, like the equally humorous and horrifying story of Ypsilanti’s Prospect Park Pooper. 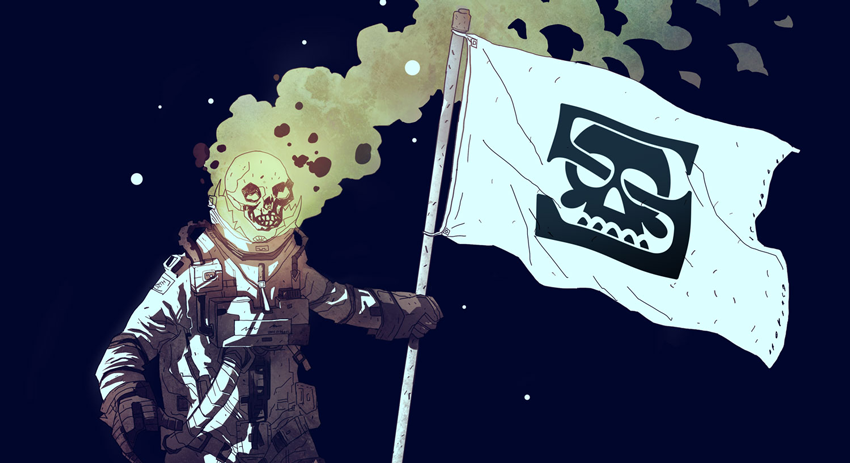 If you’re looking for even more reading-related podcasts, try the weekly podcast from Ann Arbor’s Vault of Midnight comic book store. It’s developed a national fanbase for its wide-ranging, entertaining and thoughtful commentary on comics and board games. The hosts —store owners Curtis Sullivan and Nick Yribar and local comic artist Aaron Polk—bring diverse taste and industry perspective to the table. It’s almost impossible to listen to an episode without wanting to go out and read or play something new!

Another spectacular podcast from the Ann Arbor District Library, Presenting Alfred Hitchcock Presents is all about delving into episodes of the classic television series Alfred Hitchcock Presents! Each episode goes show by show in chronological order, with an eye to the popular culture of the 1950s and 1960s. The whole shabang is run by Al Sjoerdsma, technohost in community relations and marketing at the library.

Because Ann Arbor is such a massive book-loving community, it’s no surprise to us that we’re bursting with several great bookish podcasts—including Shelf Talking! Literati Bookstore’s monthly podcast features audio versions of the book talks local and national authors present at the shop. Topics have included everything from music to astrophysics, poetry, short stories, and novels. So if you happened to miss your favorite author at Literati, don’t worry! Just pull up the pod on your phone and enjoy the interview from the comfort of your couch. 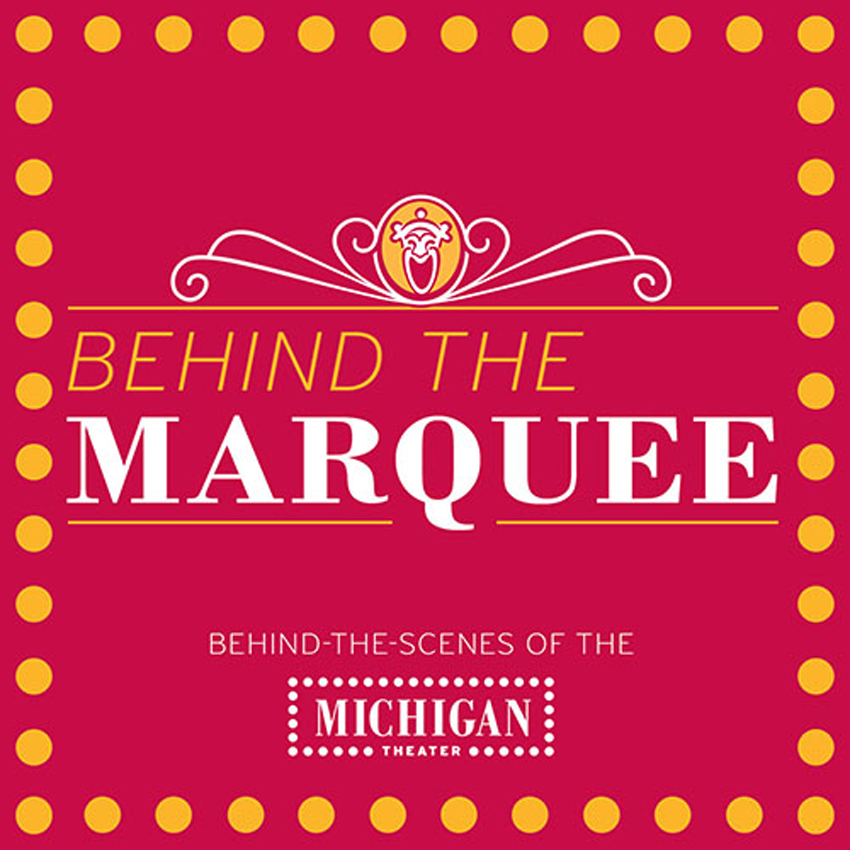 Photo courtesy of the Michigan Theater

Behind the Marquee is the Michigan Theater Foundation’s podcast on arthouse cinema. Topics include current films at the Michigan Theater and the State Theatre, behind-the-scenes info on the foundation’s operations and programming, and classic and mainstream movies. Nick Alderink, the foundation’s programming and media coordinator, is the host and he’s joined by a few of his coworkers on each roundtable episode. Curious what to see during the Cinetopia Film Festival or the Sundance Film Festival? This pod will be able to help you out (and give you a new list of movies to watch while they’re at it).

Sometimes we just need a little advice and Ann Arbor’s favorite karate teacher, Keith Hafner, is hosting his very own podcast to give us just that. Each week, he discusses a different topic from parenting tips to self-improvement, fitness and more. He also ends each episode with a segment called “Bragging Week” for parents at Keith Hafner’s Karate where Hafner himself shares several of the victory reports submitted by karate parents.

Ypsilanti singer, songwriter and photographer Misty Lyn Bergeron’s 52 Portrait Project podcast is an ongoing series of conversations with inspiring women from Michigan. Activists, healers, musicians, artists, teachers, business owners, and even Bergeron’s mother have been subjects of the pod. The conversations come off as friends casually hanging out, but Bergeron has a clear agenda. “I believe each of us is courageous and inspiring in our own ways…and I believe society would benefit greatly from celebrating this everyday courage and inspiration,” she says on the podcast’s website. 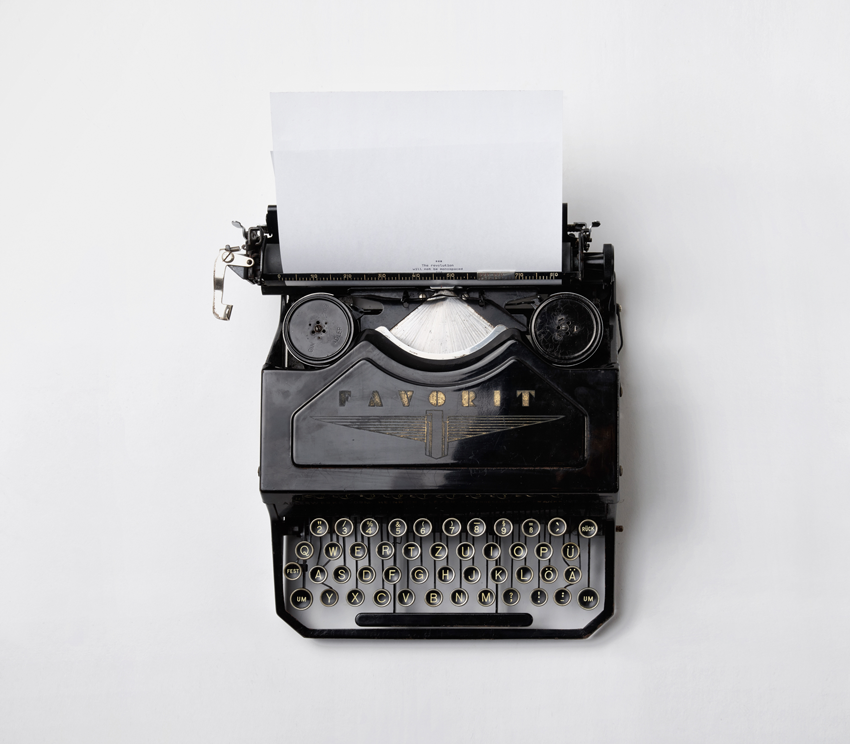 If you love writing just as much as reading, this podcast from the University of Michigan features freeform conversations with writers and makers hosted by lecturer T Hetzel! Each episode features writers, poets, musicians, artists and other makers talking about their work, ideas and passions. Markus Zuzsak, Jeannie Gaffigan, Khaled Mattawa and Safa Al Ahmad are just some of the recent guests. If you are in the mood for binging, Living Writers has been going strong since 2008—so you won’t be bored anytime soon!

Student DJs at WCBN-FM Ann Arbor created It’s Hot in Here in 2008 to combine environmental journalism with positive, infectious pop and counterculture energy! After 12 years, the podcast has been growing strong and is now hosted by Bella Isaacs, a local Wolverine and intern at Michigan Radio’s “Stateside”. While Isaacs hosts many episodes by herself, she’s often joined by hosts Meg Czerwinski and other guests.

Another great book podcast is Ann Arbor’s 107one radio host and writer Martin Bandyke’s monthly pod for the Ann Arbor District Library. Because of Bandyke’s musical backgrounds, many of the episodes actually focus on books about music. He has interviewed the MC5’s Wayne Kramer, XTC’s Andy Partridge and The Cure’s Lol Tolhurst, as well as authors of books on Lou Reed, Joni Mitchell, and Alex Chilton. Going beyond music, Bandyke is just as likely to cover books dealing with culture, Detroit and Michigan history!

What do you listen to?

Did we miss your favorite local Ann Arbor podcast? Let us know in the comments!

12 Summer Drinks to Enjoy in Ann Arbor This Season