Fall breeze and autumn leaves—the new season is finally here and fall-themed beers are back on the menu. Light, fruity summer sours are gone and soon we’ll get to see hearty, pumpkin-flavored beers flowing from the taps at our favorite neighborhood taprooms.

Ann Arbor breweries have been honoring autumn with plenty of newly released brews. We rounded up a few of our favorites, from Oktoberfest essentials to coffee-filled ales. Read on and let us know what you’re planning to sip on this fall in the comments below!

For a long time, Ann Arborites would often joke that Jolly Pumpkin, one of the area’s most popular breweries, didn’t actually offer any pumpkin-flavored beers. But after working to perfect it for years, La Parcela (“the patch”) is finally here to put an end to all the wisecracks! This beautiful wild pumpkin ale is made using Pilsner, Vienna and Black Malts, pumpkin, pumpkin spice, cacao nibs and other artisan ingredients. Only available for a few short months in the fall, Jolly Pumpkin really lives up to their name in this squash-forward, spicy treat.

It just wouldn’t be a fall beer roundup without at least one Oktoberfest creation! One of our favorites has to be Grizzly Peak’s 2020 version, which comes in at a 4.9% ABV and a 25 IBU. Light, refreshing and easy to drink, this slightly sweet Marzen is the perfect addition to any cool fall afternoon spent watching the game or nestled around a campfire. 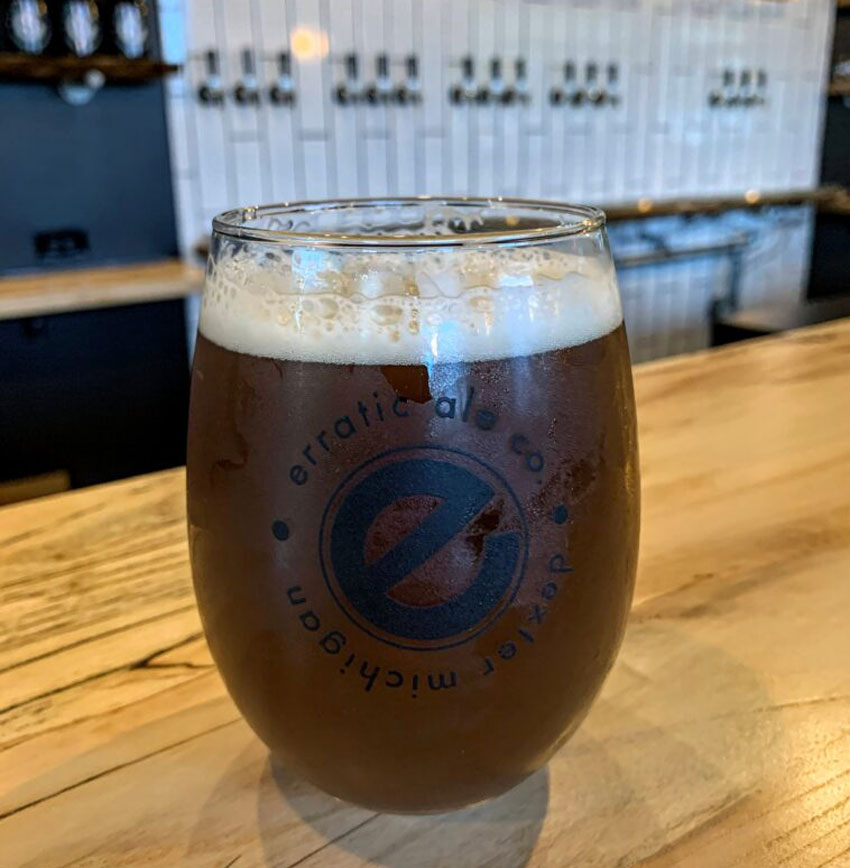 Erratic Ale Co. is Dexter‘s newest brewery, having officially opened their doors in August. While they don’t have a massive beer lineup just yet, they are offering a rock-solid handful of brews (9 in all!) that you’ll want to try as soon as possible. One of them is Patches, an easygoing Irish Red Ale that offers a malty edge and a dry finish. Or, if you’re looking for something a bit darker to enjoy this fall, don’t miss Shadows, a stout that is lean, dry and roasty.

In our opinion, coffee and fall is a dynamite combination. There’s just something about the roasty flavor of coffee that makes us want to curl up under a blanket and relax all day. So when Homes Brewery decided to incorporate coffee into a beer—we got pretty excited. King Cold Brew Cream Ale is an imperial cream ale cold brewed with Guatemalan coffee (which is roasted in-house), offering notes of citrus and caramel. If breakfast beer was a thing, this is definitely the one we would pick!

Kombucha beer? You bet! Unity Vibration Kombucha was one of the first kombucha beer breweries in the United States, offering delicious alcoholic kombucha creations for all seasons. One of their fall favorites is Bourbon Peach, which features an oak-aged kombucha that offers a delicious Bourbon flavor paired with juicy, whole organic peaches. Completely vegan and gluten-free, this brew pairs perfectly with crunching leaves, bonfires and cozy sweaters.

Mothfire Brewing is always experimenting, that’s why they have entire beers dedicated to innovation and trying new things. Xperimental Release is an ever-changing beer, evolving based on the brewer’s mood, the season and local ingredients. This month, Xperimental 005 Porter is a 6.7% ABV beauty offering toasty notes of coffeeberry, cinnamon, cocoa and vanilla with a frothy head and a dry finish. This fall beer won’t be available for long, so head over and get yourself a four-pack as quickly as you can!

This is Bat Country

Witch’s Hat Brewing in South Lyon is a brewery dedicated to the spooky and weird—so it’s no surprise that they dominate the fall beer scene in the area. One of our favorites on the menu this season is This is Bat Country, an Imperial Stout brewed with oats and midnight wheat before being aged in Valentine Mayor Pingree Bourbon barrels. Coming in at a whopping 14.5%, you’ll want this hearty brew by your side on those frigid fall evenings.

If you’re on the hunt for something light and fruity to sip on this season, don’t miss Bløm’s Apple Cyser! This fragrant mead is made with wildflower honey and a Michigan apple cider blend. Golden, crisp and sociable, this one is perfect for those who want something that is sweet and easy to drink. And we aren’t the only ones that think this brew is incredible—just check out all the raving reviews on Untapped! 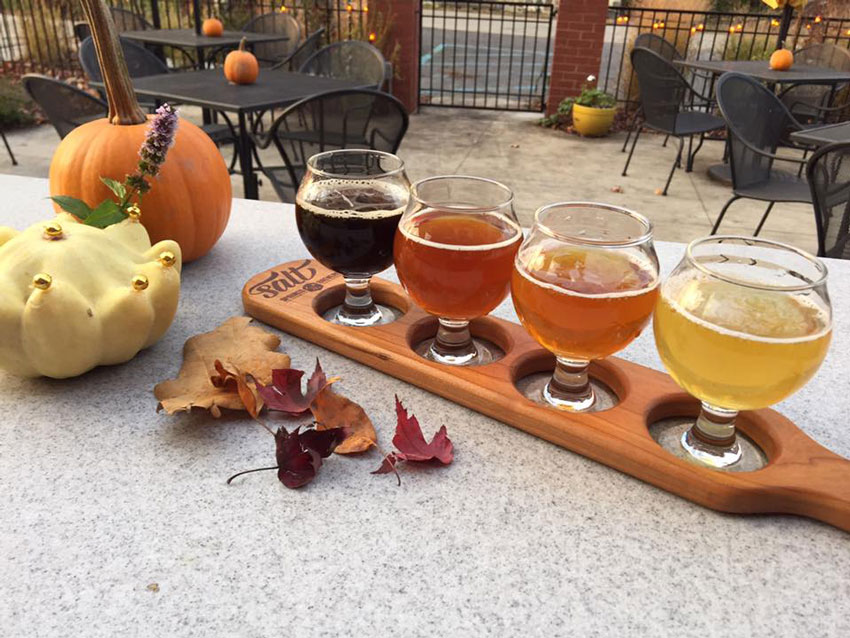 While Salt Springs Brewery’s Big Brown Bunny Porter is available for sipping all year long, we think it is a perfect fall beer. This English Porter style beer is hearty, malty and pairs perfectly with cool weather and the warm light streaming through Salt Springs’ massive stained glass windows. We’re sure they’ll be releasing more fun, autumn brews throughout the next few months, but until then, you can’t go wrong with a pint of Big Brown Bunny.

Arbor Brewing Company’s autumn 2020 release, Tilted Earth, offers a blend of New Zealand hops that gives this beer a beautiful hoppy backbone. Toasted Belgian Roast malts and oats produce a beautiful red color that makes it look like fall in a glass. They’ll be offering this tasty treat through November—when they’ll release their Tilted Earth winter variety—so make sure to visit and try this one for yourself before then!

Let us know all about your favorite A2 fall-themed beer in the comments below!