18 of the Best Movies and TV Shows Based in Michigan

Spending more time at home these past couple of months has given many of us the chance to catch up on our favorite podcasts, books, television shows and movies! If that’s you too, and you’re looking for something new to watch, we’ve got a list of our favorite locally based television shows and movies that will keep you entertained for hours on end.

Not only are all of these TV shows and movies set in Michigan, but some of them were actually filmed here. So make sure to keep your eyes peeled for local landmarks while you watch! 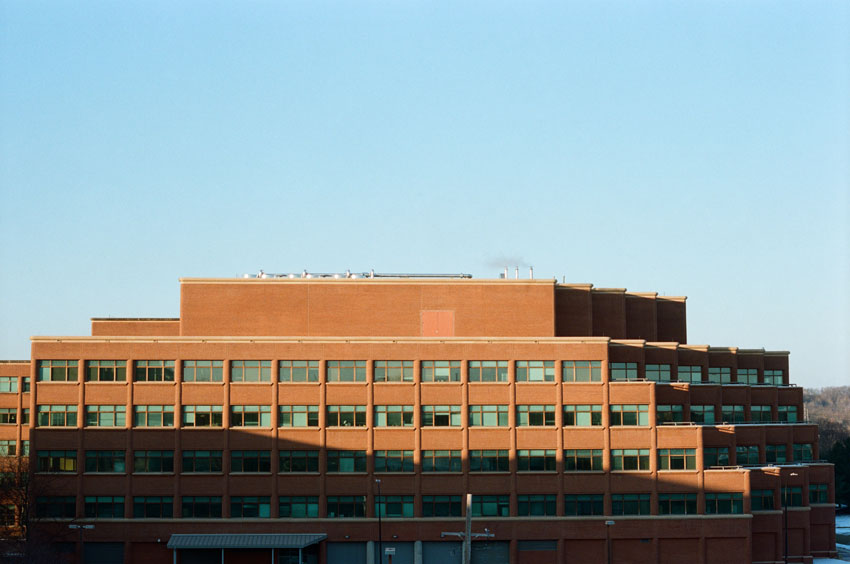 This show may have been short-lived, with only 13 episodes released in 2015, but that doesn’t mean it isn’t beloved by thousands. The show was created by Vince Gilligan of X-Files and Breaking Bad and followed the mismatched partnership of a police detective and an FBI agent in Battle Creek, Michigan. And did we mention that it starred powerhouse actors like Josh Duhamel and Dean Winters? If you’re looking for a short and sweet, high-action, dark comedy show to binge this weekend—this one’s for you.

This reboot of the classic early 2000s show follows Mel and Maggie Vera who suffer a shock when their mother dies suddenly. But before they have time to heal from their loss, Macy—their older sister who they never knew existed—shows up on their doorstep. Together, the girls start to exhibit impossible new abilities and find out that they are powerful witches and must combine their magic to battle dark forces.

Another Michigan-set show with a short life, Freaks and Geeks has become a cult classic. Written by Judd Apatow and starring the likes of Linda Cardellini, John Francis Daley, James Franco, Seth Rogen, Jason Segel and Busy Philipps—it’s a wonder this star-studded show got canceled after just one season! While it isn’t currently available to stream anywhere, you can purchase the DVD on Amazon for a low price. And trust us, because you’ll want to watch it over and over again, it’s a pretty good investment.

This early ‘90s sitcom is a perfect feel-good, binge-worthy show to watch this weekend. It follows Tim “The Toolman” Taylor, host of the home improvement show “Tool Time” but he definitely isn’t as handy at home as he is on screen. He and his wife, Jill, raise three boys who are racing toward adulthood and episodes are usually centered around their antics. The show is set in Detroit and often features Tim Allen wearing sweatshirts or T-shirts from various Michigan colleges and universities from the U of M to Calvin College in Grand Rapids. 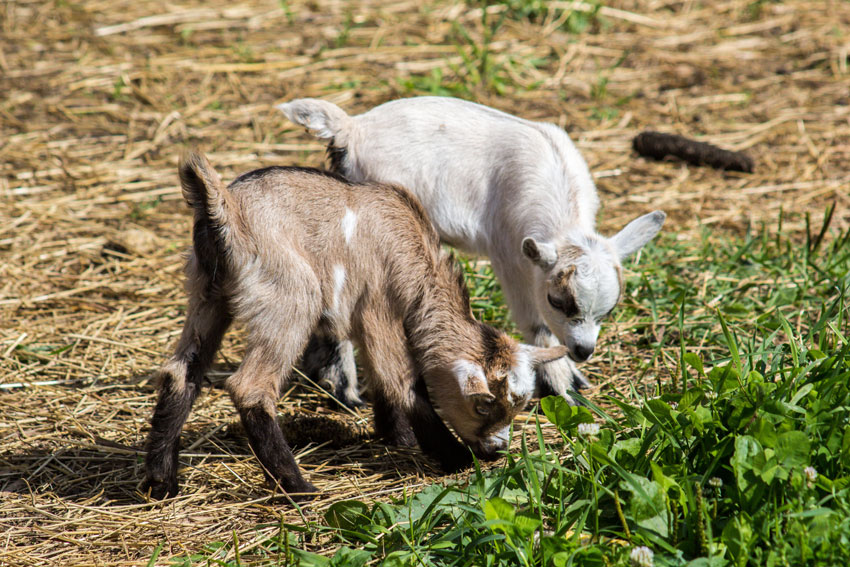 Set in Central Michigan’s farm country, this reality TV series follows Dr. Jan Pol and his work at Pol Veterinary Services. Specializing in large farm animals, Dr. Pol treats horses, pigs, cows, sheep, alpacas, goats, chickens and even the occasional reindeer! Tune in to watch Dr. Pol save a few lives and to get a great view of Weidman, Michigan while you’re at it.

This Discovery Channel show is another heart-warming docu-series following a local farmer, Dan McKernan and his “Barn Sanctuary,” a place for farm animals that have experienced abuse, neglect and more. The show follows Dan and his family as they learn the ropes of their new life on the farm and give the barnyard animals a second chance at life; it also documents his travels across the country to rescue barn animals. And that’s not all! Dan is the brother of our very own Matt McKernan, giving us a local and personal connection to this amazing show.

The people of Detroit know 8 Mile as the city limit, a border, a boundary. It is also a psychological dividing line that separates Jimmy Smith Jr. (Eminem) from where and who he wants to be. This Academy Award-winning movie is a “provocative fictional examination” of a critical week in Jimmy’s life that led to him becoming one of the most beloved rap artists of all time.

Another spectacular film set in Detroit, The Crow is a critically acclaimed action/fantasy movie directed by Alex Proyas. The night before his wedding, musician Eric Draven (Brandon Lee) and his fiancée are murdered by members of a violent inner-city gang. On the anniversary of their death, Eric rises from the grave and assumes the gothic mantle of the Crow, a supernatural avenger set on tracking down the thugs responsible for the crimes and getting revenge. 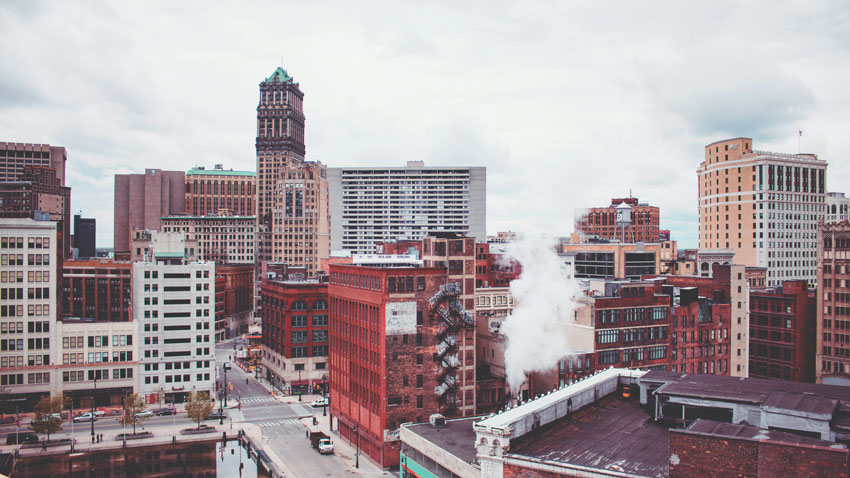 Destined is a Detroit-set urban drama that tells the parallel stories of Sheed and Rasheed who are played by the same actor. Rasheed is a hardened criminal who has spent years building his drug empire. Sheed is an ambitious architect who has been working his way up the corporate ladder. Illustrated through parallel lives, this film explores how one man’s future can be changed by a single moment. Starring Cory Hardrict, Jesse Metcalfe and La La Anthony, this hard-hitting drama will have you sitting on the edge of your seat until the very end.

We can’t talk about Michigan movies without including at least one Motown-inspired film! Dreamgirls, starring Beyonce Knowles, Jennifer Hudson, Anika Noni Rose, Jamie Foxx and Eddie Murphy, is based on the 1981 Broadway musical of the same name, drawing inspiration from the history of the Motown record label and one of its iconic acts, The Supremes. The story follows the history and evolution of American R&B music during the 1960s and 1970s through the eyes of a Detroit girl group known as the Dreams.

Created by and starring Clint Eastwood, this highly-rated film set in Highland Park follows a retired auto worker and Korean War veteran, Walt Kowalski, who fills his life with alcohol and home repair in his old age. Racist and prejudiced Walt surprises everyone when he stands up to a gang who tries to force an Asian teen to steal Walt’s car. An unlikely friendship develops between Walt and the teen as he learns he has more in common with his diverse neighbors than he originally thought. 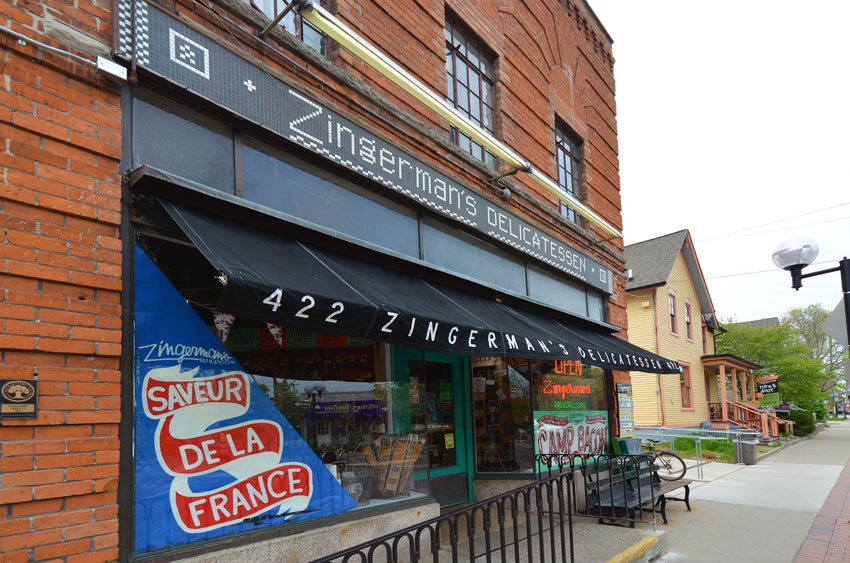 Another Judd Apatow hit, The Five-Year Engagement was actually filmed right here in Ann Arbor! The story follows a recently engaged couple, Tom (Jason Segel) and Violet (Emily Blunt), who postpone their wedding when Violet gets a job at the University of Michigan and they have to move across the country. Each time they try to set a date, various obstacles stand in their way. As more and more time passes, Tom and Violet begin to wonder if perhaps their marriage is not meant to be. As you watch the movie, you’ll be greeted with scenes filmed at the University of Michigan and Zingerman’s—where Tom gets a job slinging sandwiches!

And because Ann Arbor is such a great place to film, Love and Honor is another movie filmed and based right here in and around A2! This romantic drama takes place during the Vietnam War and follows a soldier, who has been recently dumped by his girlfriend, who decides to return home secretly from war with his best friend and try to win her back. Give it a watch to see all of the glimpses of Ann Arbor and Ypsilanti. Afterward, take a drive and try to see all of the filming spots in person!

Set in Detroit, this John Hughes film takes place during the 1980s recession. When automobile engineer Jack is fired from his job, both he and his wife, Caroline, set out to find a new one. When Caroline finds a job before he does, they switch roles, placing him in the unfamiliar position of homemaker and caretaker to their three children. Starring Michael Keaton and Teri Gar, this comedy is an easy watch for the whole family.

Based on Elmore Leonard’s spectacular crime novel (which we recently featured in 8 Books From Michigan Authors to Put on Your Reading List), Out of Sight is a crime comedy film starring George Clooney and Jennifer Lopez and set in Detroit. Jack Foley is the most successful bank robber in the country. But soon he finds himself stealing something more precious than money—Karen Sisco’s heart. Unfortunately for Jack, Karen just happens to be a Federal Marshal who is tasked with taking him down. 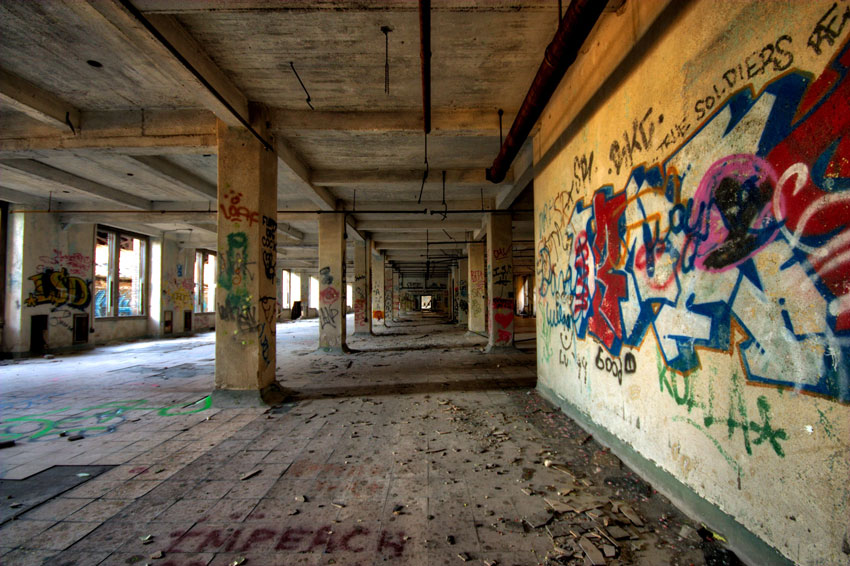 Set in a near-apocalyptic Detroit, RoboCop is a science action film that has everything—crime-eradicating cyborgs, a corrupt corporation, explosions, action sequences and more. The remake, released in 2014, is also set in Detroit. So once you’re done watching the first, compare it to the newer version!

This slapstick comedy may have gotten poor ratings from critics—garnering a 22% on Rotten Tomatoes—but it’s definitely still a fun film to watch when you’re stuck inside! Set in 1976, this film follows singer Jackie Moon (Will Ferrel) who uses the profits from his only hit single to fulfill his longtime dream of owning a basketball team. His team, the Flint Michigan Tropics, is the worst team in the league, but must turn their game around and “slam-dunk” their chance for survival.

Did we mention your favorite movie? Or did we miss one of your favorites set in Michigan? Chat with us in the comments!

11 Socially Distanced + Virtual Events in the Ann Arbor Area to ...