Where to Get the Best Pub Grub in Ann Arbor

Neighborhood bars are not always the fanciest joints on the Ann Arbor dining scene, but you can count on many of them for delicious bar food, local beers and a friendly atmosphere. Whether it’s a neighborhood bar with a scratch kitchen or a hole-in-the-wall place offering cheesy nachos and wings, local saloons make sure you’ve got something to munch on while you hang out with friends or watch the game.

We’ve compiled a list of places that offer the best pub grub in A2! Whether you’re looking to chow down on some fried pickles or are just looking for a neighborhood spot to enjoy an afternoon—you’ll find a spot on this list that will make you feel right at home. 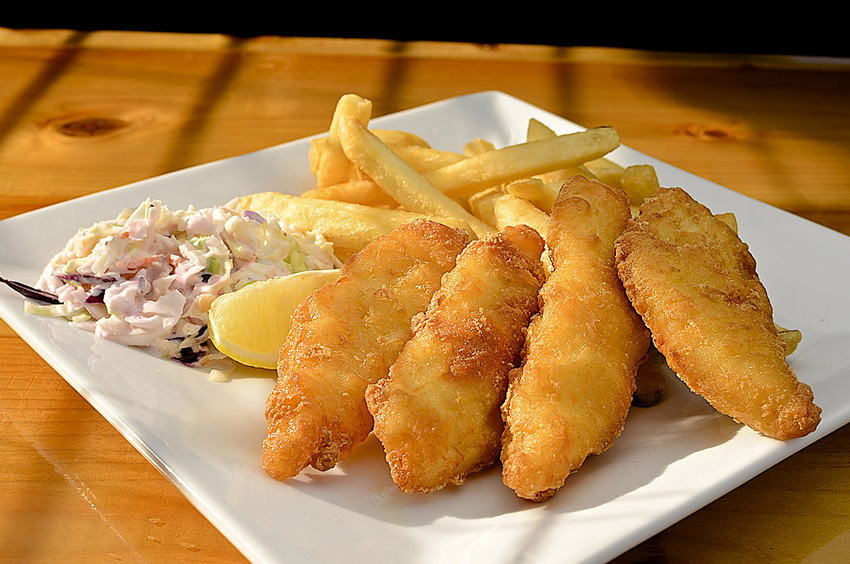 Jimmy and Red Fraser first opened this neighborhood bar in 1962 and it’s been an A2 go-to for pub fare ever since. The taps feature multiple Michigan beers and the menu includes all your bar favorites cooked up with style like their famous Pub Fish ‘n Chips and Pickle Fries. And if you’re looking for a delicious vegetarian option—Fraser’s also serves The Beyond Burger made out of 100% plant-based ingredients.

BBQ and beer is a winning combination and no one knows more about it than Blue Tractor BBQ & Brewery. On the food menu, you’ll find classic smoked meats and barbecue dishes alongside unique, world-influenced meals. On tap, you’ll find six rotating selections every day, including award winners which have snagged numerous gold, silver and bronze medals at competitions across the nation.

HopCat first opened their Grand Rapids location in 2008 before branching out to Ann Arbor in 2015. Since joining the Ann Arbor bar scene, they’ve been offering 100 craft beers on tap in a semi-psychedelic setting that perfectly fits the atmosphere of A2. In fact, the atmosphere, the beer and the food menu have landed them countless awards as the best beer bar in both the country and the entire world—which doesn’t surprise us in the least. And once you’ve tasted their Costmik Fries, you won’t be surprised either. 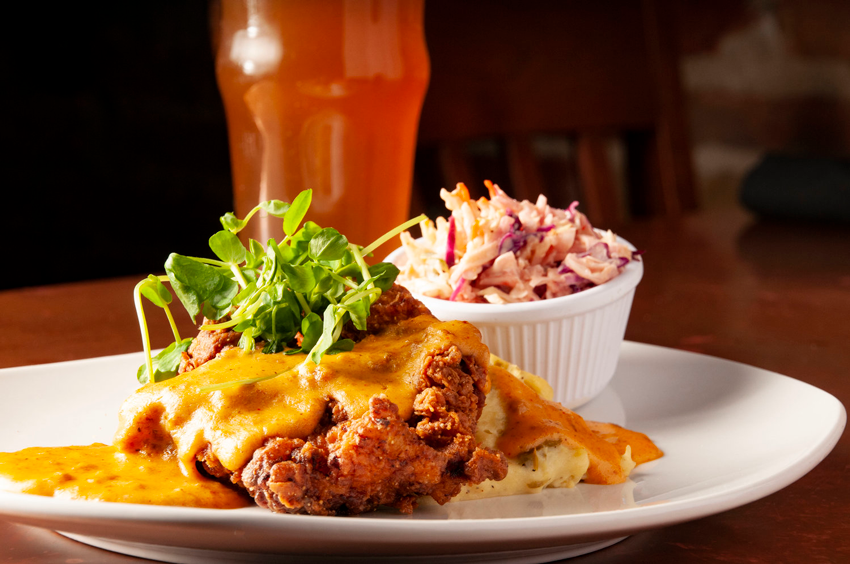 A landmark in downtown Ann Arbor, Grizzly Peak began serving craft beer in August of 1995 from their century-old building with wood floors, tin ceilings and exposed brick walls. The kitchen produces scratch-made pub eats and the brewhouse produces classic beers in a wide range of styles. To see what’s on tap right now or to see their current specials, click here.

Good Time Charley’s opened its doors in 1979, the first U of M student walked in, and the rest was history. It’s located right across the street from the university and offers a parking structure, making it one of the easiest places to get to before the game starts. We recommend ordering a plate of Pepperoni Styx, hand-twisted breadsticks stuffed with mozzarella and pepperoni and topped with garlic and parmesan. 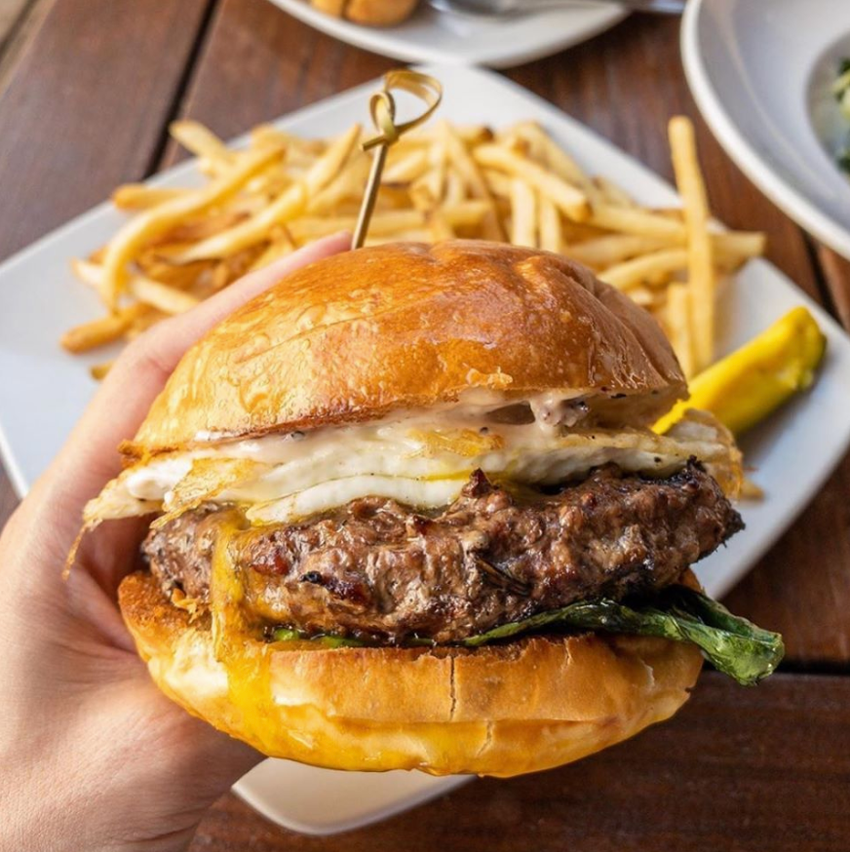 Opened in 2018, the karaoke spot Circ Bar is one of the newest entertainment venues in the city. Inside, you’ll find rustic exposed beams and brick along with plenty of pool tables, big screens and a dance floor to keep you entertained in between digging into some delicious grub. In addition to a lengthy menu of tasty craft cocktails (including a few on tap), they also offer a selection of small and big bites available on Fridays and Saturdays. We personally can’t get enough of their Circ Fries—fries fried in beer batter and sprinkled with sweet and salty seasoning—or their velvety mac n’ cheese.

Hungarian waffle chips, baked soft pretzels, Bavarian wings—oh my! If you’re looking for authentic German pub grub, head to Old German, a quiet and classy pub nestled in a basement on the corner of Ashley and Liberty. Full of always-flowing beer and delicious, affordable small plates—there’s no better place to escape the hustle and bustle of the city for a few hours. 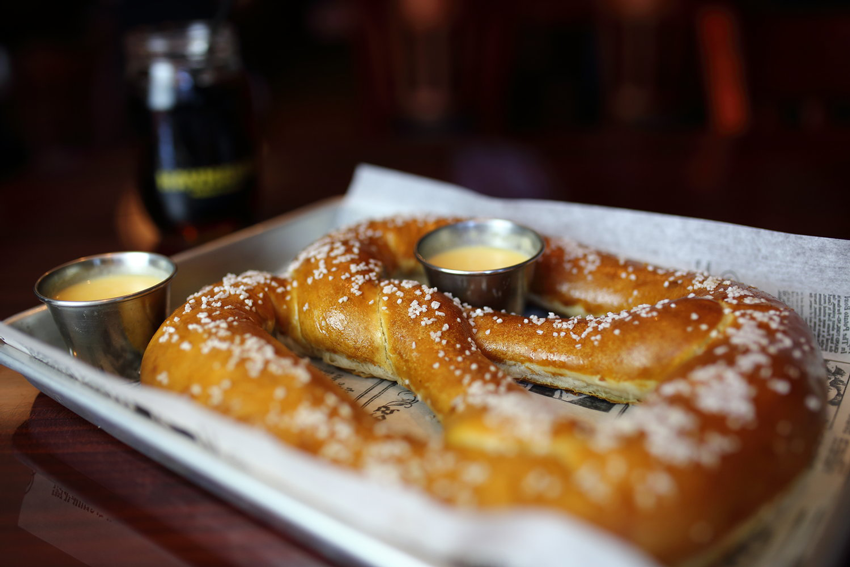 Located in downtown Ann Arbor, Haymaker is a favorite sports bar and restaurant amongst locals, students, visitors and people around all of Southeast Michigan. Their pub offers board games, trivia, handcrafted beverages, 24 different beers on draft and a menu of classic comfort food that includes chicken and waffles!

Opened as a blue-collar bar in 1972, Old Town Tavern is one of A2’s most beloved townie bars. Inside, enjoy a cozy atmosphere, scratch-made pub fare and, of course, plenty of beer and craft cocktails. And if you’re a night owl, this is the spot for you! Wednesday through Saturday, you can get their menu of burgers, sandwiches and Southwestern plates until 1:30 a.m. and until 10:45 p.m. on all other nights of the week!

With a warm and lively atmosphere, an impressive selection of beer on draft, and delicious pub grub, The Session Room is a favorite gathering place for locals. If you haven’t tried the Session Nachos, you should make that an immediate priority. Expect corn chips with queso and cotija, tomatoes, onions, olives, white beans, jalapeños, cilantro, salsa, guacamole and a healthy dollop of sour cream. Once you’ve had a bite, you’ll understand why the appetizer is so popular!

Did we miss your favorite spot to grab pub grub in the Ann Arbor area? Let us know in the comments!

The Top 10 Restaurants in Ann Arbor, According to Yelp